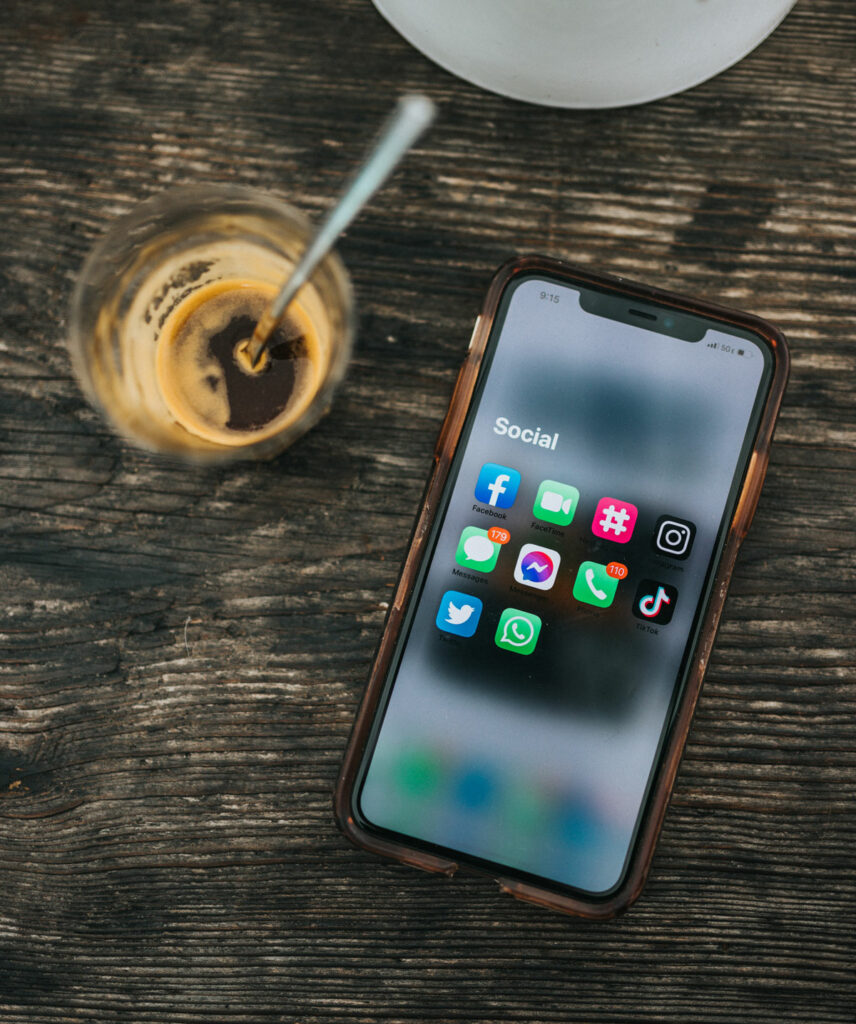 2020 has been illuminating for most of us: personally, professionally and socially. As we approach the end of what has been a winding road of a year (to say the least), it’s become clear that many things about our lives will be permanently changed. In the U.S., privileged groups have been forced to wake up to deeply ingrained systematic racism in our country, and a divisive election season has proven that “agree to disagree” is no longer good enough. All of these societal changes have brought social media’s place in our lives into question.

After more than a decade on the scene, the term “social media” has been defined, redefined and remixed. 79% of Americans have at least one social media profile, and brands have been tapping into these points of connection for some time. However, multiple social platforms confronted racism, hate speech and dangerous misinformation in users’ newsfeeds. Many of the responses were lackluster, leading to boycotts and brands moving advertising dollars elsewhere. Some social media professionals have made the decision to stop offering services for their clients on certain platforms. Our industry is in a massive transition, and it’s difficult to predict what trends we’ll be seeing in 2021.

As a result, there are some traditional social media best practices that this year has effectively buried. Here’s a look at five things you can comfortably remove from your strategy.

The idea that “you don’t talk about politics in polite company” is officially antiquated. Not discussing differing viewpoints and the failure to learn how to do so respectfully has led to strained relations between two halves of our society. Historically, most brands stayed away from taking a strong stance on things perceived to be political issues, hoping to avoid alienating any of their customers. Now, it’s clear that neutrality isn’t possible, and not taking a position is, in fact, taking a stance. Certain topics aren’t “political” differences of opinion, they’re questions of human rights and consumers are making purchase decisions based on their values. Companies are also choosing vendors and partners based on their morals. While many brands have jumped into supporting important times of year like Pride Month in June, it’s key to remember that like most underrepresented groups, the LGBTQIA+ community doesn’t face challenges one month out of the year. Fully embracing diversity, equity and inclusion initiatives on social channels looks like consistent conversation year-round.

It’s true that brands don’t need to be on every channel; their audiences aren’t on every platform, and it’s better to dedicate full attention to a few areas rather than partial attention to many. Previously, best practice held that if you only had time for one channel as a brand, you should probably go with Facebook. As the largest channel, this made sense on the surface. Yet prior to 2020, the younger demographic was already abandoning Facebook in large numbers. Now, with multiple controversies around allowing hate speech, uncontrolled spread of misinformation and privacy concerns, existing on Facebook as brand becomes a question of values and ethics. If an organization targets older demographics, Facebook could still be worthwhile – but choosing to operate on the platform could be seen by many audiences as supporting a questionable company. At the very least, it’s time for brands to consider other options.

The days of scheduling even some of your content a month out in your chosen content management tool are long gone. It’s always been important to keep an eye on pre-scheduled content in case it appeared tone deaf to timely happenings, but 2020 made it impossible to schedule things even a week out. We have been constantly reeling from new curveballs, with multiple instances of societal trauma – COVID-19, the murder of George Floyd and subsequent protests, and devastating wildfires in the Western U.S. Content scheduled on a Monday for the end of the week could become completely inappropriate in just a few short days.

Moving into 2021, it’s time to let the idea that we can fully prepare social content a month in advance go. Instead, we need to see editorial calendars as living documents that can adjust as needed. Certain things can be planned on, like holidays – but let’s pencil them in instead of drafting and scheduling in Buffer the first of the month. Social media content should be treated as a daily task for best results.

It’s well known that consumers don’t like being sold to, and they can respond harshly if they feel a product is being pushed to them on their social channels. Today’s social media users want to follow brands that engage with them and offer value beyond a purchase. Many social media managers considered the 80/20 rule the gold standard: 80% of your social content should be curated or “soft sell” and 20% could be “hard sell.” After a year when consumers expected more from brands they follow than ever, we can take a more simple approach: all of your content should have a value add to followers, period. Don’t use 80% of your content to build consumers’ goodwill just to “bait and switch” for apotential sale 20% of the time – the tradeoff isn’t worth the risk to your brand.  Focus on content that provides value, is relevant and ultimately drives customers to make more than one purchase with you. It’s possible to promote your products and build community without being salesy.

Though most social media managers will stand by the value of organic content, many clients and executives need to see the business value first. Traditionally, it’s been easier to prove the ROI of social content through ads, with specific stats like click through rate and conversions. However, with Facebook’s ongoing ad boycott and consumer trust in large social media companies dropping, consumers’ dislike of being sold to is increasing. Many brands leaned into transparency and honesty on social media this year instead, and built loyalty and customer support in new ways. Those relationships will equal stronger business success down the road, far more than a one-off click in an ad will. Ads will always have their place, but it’s important to consider them as content and a point of connection first. Treat the content the same way you would organic content, and build out baselines and goals in your 2021 strategy that speak to the value of organic community building.

Unbelievably, we’ll soon be into 2021 and (hopefully) a new era in many ways. Social media managers will have to lead with ethics, community and transparency. When used correctly, social media truly can be a force for good – and the changes this year prove it. Let’s move into a new phase of our industry focused on being a part of the communities we work in and doing right by them.