One Year Later: Flashing Back to March 2020 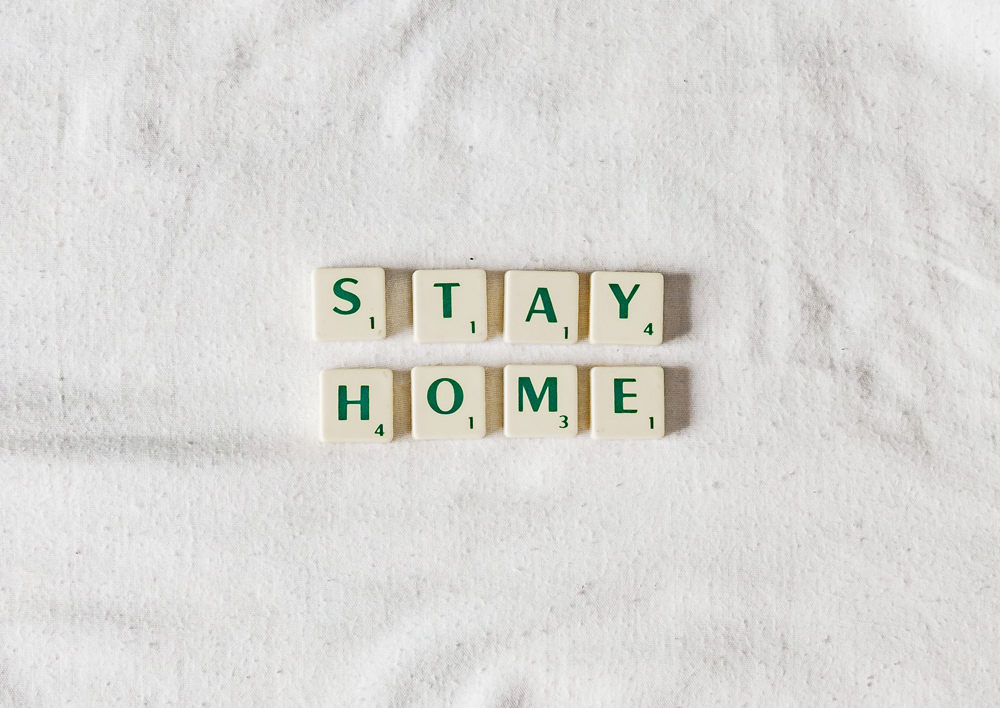 March is my favorite month. It starts off with a flurry of birthdays in my family, then a Guinness and shepherd’s pie at Kells on St. Patrick’s Day and with any luck some time away in the sunshine over spring break. But March now holds another place in history: the month COVID-19 changed our lives forever. As we go through March in 2021, we can’t help but be flooded with memories of what was transpiring a year ago at this time. It almost feels surreal – both that it’s a year later, and how laughable some of our expectations were at the time. Our team takes a trip down memory lane and shares a recollection from last March that is etched in our minds forever.

The memory that shines most vividly for me is that very first day of pandemic-prompted quarantine…March 13, 2020. I recall coming into the office early that day to prepare for a broadcast segment, and just before heading to the client’s studio for filming, receiving an email that the team will need to work from home for the next two weeks to help slow the spread of the pandemic. The feelings that rushed through me were a mixture of fear, confusion and uncertainty. At the same time there were so many unknowns about the virus, how you come into contact with it, how long it lingers on surfaces, how to disinfect properly and how long the remote-work mandate would last. I brushed aside the ambiguity to show up for my client that morning. The segment went off without a hitch, but it was a surreal experience sitting with my client, the reporter and film crew during breaks and after the shoot wrapped to discuss what the future will hold for lifestyle shows, and how we should be working with clients and the media moving forward. From there, I remember trying out multiple video conferencing tools, and thinking through how we can ensure team collaboration, co-creation and connection remains intact as we navigate this new normal. Finally, I remember going to Trader Joe’s to stock up on groceries and it looked like a Zombie Apocalypse (the shelves were empty and picked through, and none of my usual go-tos were in stock) so my fiancé just threw everything he could find in the cart – his thinking was we can’t afford to be picky in times like these! LOL. That’s the day that will forever be ingrained in my memory.

I’ll always remember two things: The last time I went to a big public gathering, which was a concert at the Moda Center that happened the same evening the governor halted all large events – it was very surreal being in a crowded arena knowing that it would be the last big event we’d be going to for some time and I never imagined a year later it would be the last time I was around that many people. I’ll also never forget the day we switched to remote work. I spent the first of many days at my kitchen table with our roommate, and I remember talking with the team about how “it would only be two weeks.”

I will always remember March 11-March 13 for sure! On March 11, I went to a concert at Moda Center and got a news alert during intermission that Governor Kate Brown was limiting public events to 250 people. The morning of Friday, March 13, we decided we’d be working from home “for two weeks” and should come into our office and get what we’d need. I was already on the MAX so I decided to just work from there as normal and then bring my things home. I ended up being the only one there all day. Once I got off, I walked to Maya’s Taqueria downtown to have lunch, jokingly telling my husband “we may not get to eat inside a restaurant for two weeks!” I walked across the street to Target after that on the off chance they’d have toilet paper – we hadn’t been able to get any for two weeks. I got in there right as they opened a crate of it and managed to snag a pack, and felt strangely paranoid about having it with me on the MAX. I texted a few friends of mine that at least the next concert we had tickets for was in July, so “things should be settled by then.” The things I would tell that version of me if I could!

I remember the first texts I got from friends looking for toilet paper — the sheer volume of paper goods, baking essentials and hand soap I keep in my pantry may never go back to pre-pandemic levels as a result! The widespread shortages that began in March 2020 took so many people by surprise, but the great thing was how quickly we pooled resources to do porch drop-offs to make sure we all had what we needed to get through until the supply chain had a chance to recover.

I will never forget boarding my flight home for spring break and the PDX airport was nearly empty. There were only 12 people on my flight because everyone was scared to fly and started staying home!

Last March we were gearing up for a big 2-week family trip to Peru to visit my sister. As virus concerns grew throughout Feb/early March, we eyed the calendar cautiously, but were steadfast in our commitment to make the adventure happen. We were scheduled to leave on March 16 but when Portland shut down on the 13th, I went into a panic about whether the trip was still a sound idea. We had invested so much time and money in preparations, my parents had already ventured down, and because cases in much of Latin America were near zero (from what we understood about the virus at the time), my family in Lima assured me it was safe to follow through. We were fully packed for our flight the following morning when I got the call—the Peruvian borders had just closed and the country was in full lockdown, which meant two things for us: obviously the trip was not happening…and my parents were stuck in Peru. After some patience, research and coordination, my parents safely made it back to the states a few weeks later. But it was a stressful and emotional time that felt like a dream—school was canceled, our trip was canceled, my family was navigating repatriation, work had ground to a halt, and underpinning everything was the undeniable reality that this virus was now a very real threat to the entire globe.

I remember being out for dinner with my husband and another couple on February 28 in celebration of my birthday. While we were eating our phones all got the alert that the first case of COVID-19 in Oregon had been reported in Lake Oswego. The four of us were all laughing it off and after dinner we went next door to a bar for a quick cocktail and joked with a guy there who was drinking a Corona. I also vividly recall St. Patrick’s Day on March 17; it was a Tuesday so my kids’ second day of no school. My husband set up a makeshift, at-home St. Patrick’s Day party on the back patio. The sun was out, he had green cupcakes and was playing Irish music. We were all happily enjoying the time together and thinking “we can definitely handle this at-home school and work routine.” I could never have imagined I’d be writing this a year later and my kids wouldn’t yet see the inside of a classroom.