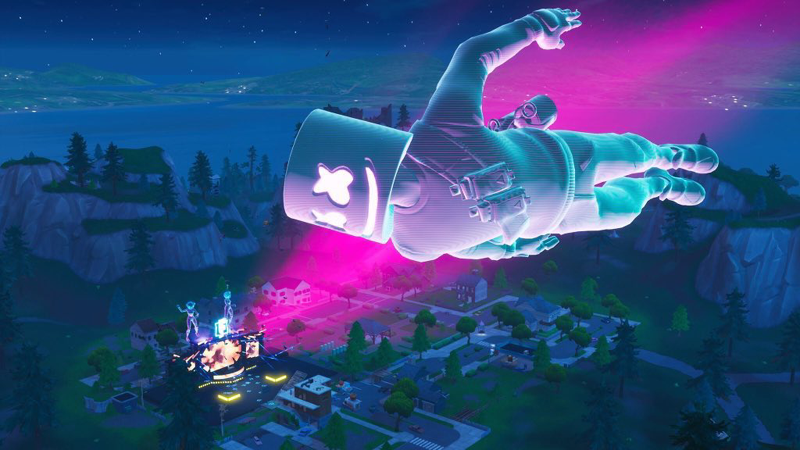 If you’ve been in the vicinity of anyone aged 10 to 15-years-old in the last year, you’ve likely heard about Fortnite. The free-to-play game (with an option to pay $10 every 10 weeks to participate in additional game challenges, and a shop to purchase character outfits and tools) is a “battle royale” featuring various gaming modes where players fight to be the last one standing out of 100 participants on the island. Fortnite is known for its cartoon-y and yet realistic characters; multitude of “emotes” or dances and reactions players can use; and distinct lack of gore that other third-person shooting games utilize – characters are “eliminated,” never killed, and a drone transports your character back to the lobby when you’re taken out in a match.

Despite a huge fanbase in younger age groups, Fortnite’s popularity isn’t limited to kids. At the end of 2018, approximately 125 million people worldwide were playing the game. Millions of people of all ages backgrounds and locations are loading into the Battle Bus daily and playing alongside people from all over the globe (and playing with those on different consoles – the game is offered on PC, PS4, Xbox, Nintendo Switch and Mobile). It’s no surprise that brands want in on the phenomenon.

On February 2nd, Fortnite gave the world a peek at the potential for brands to be a part of the virtual world of gaming. The game has already gained notoriety for in-game events that further the loose storyline. These events require players to be in the game at a certain time to experience a one-time event; past experiences have included a rocket launch and exploding ice ball that covered the map in snow in real-time. During the last week of January, players noticed construction happening in the Pleasant Park area of the island, which took the form of a large stage over several days. Posters soon began appearing on buildings throughout the island, advertising a concert on February 2nd by internationally-known DJ, Marshmello (you may know his radio hit, “Happier”). Marshmello, recognizable for his marshmallow-shaped mask, quietly added a new date to his tour calendar at “Pleasant Park, USA.” A few days before the show, the game shop launched a Marshmello character outfit, and players were given free challenges to complete in-game to earn a “Keep it Mello” emote/dance and a pick-axe tool that looks like the DJ’s iconic mask. Marshmello also launched a real-life “MarhsmelloXFortnite” line of merchandise on his website. Players in the game at the right time on Friday, February 1st also heard Marshmello doing a “soundcheck.”

Players weren’t sure what to expect when they loaded into the game at 2 PM Eastern time on the 2nd and headed over to Pleasant Park, but what they got was the future of music, games and entertainment. Right on time, Marshmello’s in-game character rose from the bottom of the stage and launched into a 10 minute-set that included building-sized holograms, graphics and lighting on-par with his real-life shows and interactivity that a normal concert simply can’t replicate.

At one point, Marshmello, who was broadcasting the set live, called out to the audience that he wanted to see everyone jumping with him – and the ground immediately became bouncy, allowing players to jump higher than the top of the stage. During “Fly,” players found themselves soaring in the sky next to a giant hologram of Marshmello, right in time with the song’s “I can fly” hook. He finished the set with “Happier,” featuring huge smiley-face beach balls that players could realistically bounce around the area.

Forbes called the event an “absurd triumph.” Ten million players experienced the concert simultaneously and several million more watched live streams of popular Fortnite streamers – likely making it one of the largest concert audiences of all time. In the four days after the concert, Marshmello sold more tickets to upcoming shows than he had in the three previous months. An avalanche of “concert reaction” videos popped up on YouTube afterward, showing people of all ages dancing along to the music in their homes. There was a real sense of camaraderie among players, for having “been there” for what is likely the first iteration of live, large scale concerts that exist solely in the virtual world.

What’s Next for Brands

Though other virtual concerts have happened (including in online games like Minecraft), Fortnite’s concert upped the “production-value” and employed a very successful marketing campaign. Though Fortnite isn’t available on VR headsets yet, that seems a likely path, making future events like this even more immersive. Here’s what brands looking ahead to the ubiquitous virtual worlds of the future can learn.

The partnership must be an authentic fit

Despite the reach potential, events in Fortnite won’t be a fit for every brand. Companies and celebrities considering a partnership should be flexible in how their brands may appear in the game and should avoid forcing an opportunity if it just doesn’t work. Marshmello’s onstage persona already looks quite a bit like a Fortnite character, his music is popular with a variety of age groups, and his style is similar to the quirky, often silly nature of Fortnite.

The team behind Fortnite at Epic Games was willing to adjust to be the partner Marshmello needed. For the first time ever, weapons were disabled in the game one minute before showtime, ensuring players got to experience the entire concert (and Epic Games avoided having to explain screenshots of virtual concert-goers being “eliminated”).

With such a huge contingent of players who can affect real-world success, most brands will likely find their audiences on Fortnite. However, brands should understand how their audience wants to interact on this type of platform, as it likely differs from other mediums. Brands will be coming into new territory and should respect the conventions and expectations already in place. Fortnite players likely won’t respond well to obvious, tired branding ideas like “re-skinning” a weapon, tool or location in the game.

Whatever form it takes, inserting a brand into a virtual world takes time and several rounds with the game developers. Brands should be willing to invest the time needed to create a seamless, authentic experience. Marshmello’s concert likely took months to execute and went beyond offering attendees a pre-recorded show – he broadcasted live, with pre-built animations. This also wasn’t Marshmello’s first foray into Fortnite – he won last summer’s E3 Pro-Am charity tournament with popular streamer Ninja.

Though the means are different, both virtual and real-life brand experiences have the same goal: an exceptional experience that connects consumers and brands. Those looking to be a part of a virtual experience can’t sidestep expectations and must think creatively to meet them. Throughout Marshmello’s concert, he interacted with the audience just like he does at regular shows, even ending with a “Thank you Pleasant Park!” The sound and graphics quality matched a real concert, and the stage design made use of elements like holograms, which are gaining popularity at music festivals. Epic Games went to great lengths to ensure players didn’t experience any lag and created a separate game mode for the show. Despite being entirely virtual, these elements built a sense of community among players that resonated deeply.

The future is bright for virtual reality and entertainment, and smart brands will be thinking now about how to prepare. Future Fortnite concerts could expand to a full-on festival, proudly “presented by Brand X,” and could even sell tickets as technology continues to improve and expectations continue to rise. Marshmello’s concert has proven there’s real-world value in the online gaming community, and audiences will only continue to grow.

You can view the full concert on Marshmello’s YouTube, which has reached over 23 million views since posting.