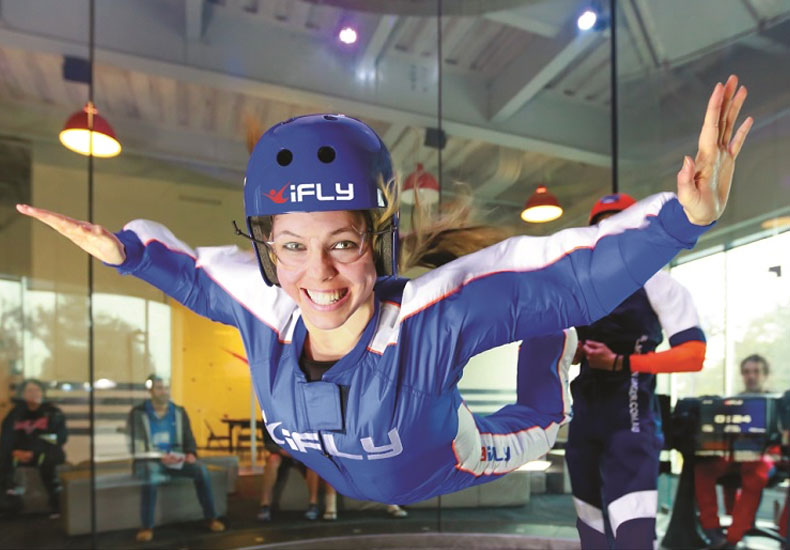 Founded in 1998, iFLY has over 37 locations across the globe, including the U.S., Canada, Europe and Asia. In November 2015, iFLY was getting ready to open its new location in Tigard, Oregon. A.wordsmith worked closely with iFLY to launch a thoughtful and strategic PR program designed to broaden awareness of its services within the area and fulfill iFLY’s mission of “delivering the dream of flight to everyone.”

A.wordsmith implemented a diverse and proactive media relations campaign to raise awareness of iFLY pre-opening, drive traffic to the location upon opening, as well as to garner awareness for iFLY’s grand opening event. By engaging with key media and target customers, the campaign established iFLY as a safe and fun entertainment venue for people of all ages. Media relations opportunities secured for iFLY included print features, blog posts, radio and TV interviews (both on-site and in-studio with spokespersons).

A.wordsmith was successful in garnering valuable media coverage to support iFLY’s opening and the grand opening event across various mediums including broadcast, print and digital. Almost every major TV broadcast outlet covered the opening within two weeks of opening their doors.