How to Weather the Storm: Ryan Lochte-Edition

Crisis communication is a critical skillset for any PR professional. Having the knowledge to protect and defend an organization or individual who is facing a public-facing challenge can often mean the difference between life or death of a public image. Take the recent scandal between Ryan Lochte vs. the city of Rio at the 2016 Summer Olympic Games. As you may remember, Lochte falsified information regarding an altercation between him, his teammates and a gas station security officer. Both sides screamed he said/she said, but in the end, Lochte was the one with egg on his face.

Had it not been for the camera footage revealing Lochte’s antics of busting an advertisement sign, bickering with a security officer, and peeing on the side of a building that has beautiful roofing which will cost $7,000 or more to replace, this story could have easily come out different.. But thank goodness for modern technology in this third world country. Days following the incident, the truth behind the lies started to come out, and Lochte was up against the wall without the proper PR training. 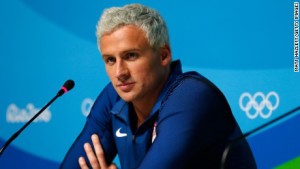 Had I been on Lochte’s communication’s team, here’s what I would have recommended to him:

Once a crisis is recognized (ie, the video unveiling the truth is released), it is critical to develop the streamlined talking points. Who/what/where/when. This helps to keep the message on track and the rumor mill to a minimum. In Lochte’s case, his story wasn’t ironclad (because he was lying), and holes were immediately present. Obviously, it would have been smarter for Ryan to start with the truth, instead of his exaggerated version. 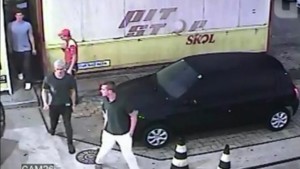 If more than one person is involved in the crisis (which is typically the case), then ensure each person knows the talking points. And make sure they have been briefed before speaking with the media. Nothing is worse than being detained while boarding an airplane, all because your bonehead teammate couldn’t stay on message.

I think this is very closely tied in with Steps 1 and 2. Once the truth behind the Rio incident began to come to light, Lochte’s story began to slowly change. And change again. And then again. With multiple versions of a story floating around, it makes the spokesperson less credible and the hype behind the crisis much larger. When in doubt, just stop talking.

Step 4: In times of crisis, leave the internet hype alone.

As the crisis begins to spiral out of control, the internet hype will typically catch up with it quickly. It can become overwhelming to want to jump in and do damage control by responding to social media comments, correct false rumor claims and release a different message than was previously approved. Keep in mind that this hype will eventually subside, and if you weather this storm with class, you will be able to keep your dignity on the other side.

Step 5: Keep your friends close, but the media closer.

Do you know what Ryan’s smartest move was? Scheduling a sit down with the television station that had spent the previous 72 hours throwing him under the bus. What do you do if an influencer publishes an unflattering story of you? You may be debating if you should you engage with them. Well, it may be a good idea – just as long as it’s done professionally and respectfully. And remember, “no comment” is still a story.

But what do you do when all else fails? Just like a bad breakup – continue to look forward, change your hairstyle, and join the next season of Dancing with the Stars. Crisis averted!